One Nation, One Defence Business Platform

The Government of India, Ministry of Defence announced a draft defence production and export promotion policy, on Aug 3, 2020.

The title of this policy document is draft policy, and we have to assume a final policy will be announced shortly. The Govt. is probably going to collect the views of the stakeholders and then move forward.

However, in the initial pages itself there is a clear indication that this is the tentative final policy for 2020. Any changes will probably be minor.

The fact that it is a 19 page document is very encouraging. Contrary to the large 200+ page documents we are used to seeing which finally mean nothing much.

The draft policy is itself very simple, only 19 pages as said, and has some clear policies. For one, the Govt. has decided to tackle the problem of import lobbies headon. They have finally seen who has been blocking the growth of Indian Industry.

Import lobbies backed by vested interests have over the decades have successfully delayed and not approved indigenously built weapons equipment. This has resulted in stunted development of technology to design and build weapons equipment. The benefit to the lobbies is the commissions they recieve for facilitating the order.

Why the hurry to announce such a surgical strike?

To understand this let us recall that prior to Corona (Covid 19), the mechanical industry was finding it difficult to grow, particularly the machining and manufacturing industry. This was mainly because of demonetisation and GST. GST forced small businesses, which operated under multiple names, to create a single entity, and this created a turbulence of sorts, which has lasted for an extended period.

The second reason is China.

Even though there may not be a war with China (I hope) it is very important for the country to be alert. The only way is to have strong indigenous defence manufacturing infrastructure.

The third reason is Covid. The pandemic mahamari has dampened multiple industries and Civil Aviation is one among them. This will dampen the Indian manufacturing Industry for some time to come.

Fully aware of the difficult situation, the Govt. has decided to put an import restriction on 101 weapon system, making it compulsory for defence establishments to procure locally.

But, we need to ask ourselves why is the country’s defence production in such a precarious situation?

The single most reason is delay tactics employed by vested interests for personal gain. Take the example of LCA (Tejas Light Combat Aircraft). This aircraft has been in the works for ages and in early 2019 the first batch was inducted. Do you know how long this aircraft was in the making? The first first flight was in 2001,19 years ago, while the project was conceptualised and took off in 1980s. The question, if it can be done in 2019 why not earlier? seems justified.

Let us now analyse the “101 Defence Weapon Systems” the list of items which cannot be imported beyond the specified dates.

Many of the weapon systems cannot be imported after Dec 2020, the earliest date given. Many of the items fall under this category. So, the Govt. seems to have done its homework, and it has concluded that these items are low critical equipment, and once the present import orders are cleared it is an open field.

The list is quite exhaustive and covers everything the three defence services and BSF probably needs. The list however is silent on the quantity of each weapon system, which is understandable. I did a close analysis and thought that the list is organised in a descending order. The top ones are procured in high volumes and the later ones in lesser numbers. But, there are some odd ones, such as electronic fuzes. Is the list organised on two factors, numbers and value for a specific period?? A closer look is needed.

One thing we need to note is 9 Defence Public Sector Units and 30 odd OFBs have to now compete, in a level playing field along with the private sector. Prior to this the Govt. had sometime back evened out the excise and custom duty special rate for the DPSUs. Now, private companies and these DPSUs have similar taxes to pay, and compete with similar costs.

In fact, considering that defence production is tech intensive, private sector have a distinct advantage as they can hire meritorious professionals as they desire, whereas DPSUs will have to depend on their in house talent or take in consultants which can be time consuming given their long drawn procedures.

Given this background, the import embargo decision is intriguing. Because, we all know that that the Govt. has been saying we will support and increase local purchases of all defence equipment. The private sector has been willing. DPSUs have done their bit. Some large group has been delaying indigenization.

But, who is the invisible player who was blocking defence production?

For this we have to understand how the whole process works. Companies like Siemens or L&T demonstrate a product or a technology to the Ministry of Defence. After the initial interest a larger team is assembled which makes a technical and operational evaluation of the project.

During this process, the defence senior personnel get involved to clear the operational part of the purchase. After all they are the end users. This is where the delays start. Being the end users they become very stringent and continuously change or escalate their requirements which will be in contradiction to the pricing and production constraints.

Oblivious to practical realities, and everything else, defence personnel would simply demand more advanced features, not bothering about delays. Reason?

Imports are always an option!

With one stroke the Government of the day, has shut out all options to import dreams, and all players will be conscious that decisions which cause delays can be counter productive, because the equipment will not be available, if procrastination becomes a habit.

Imagine the Army having to conduct an operation, but do not have the weapon system because, they have continuously delayed project.

The next question will be whether Indian companies will be able to undertake end to end production of such varied range of equipment. Whether we have the technology competence to manufacture such sub assemblies and components. Here, I am referring to the private companies.

Private companies are now relatively at liberty to hire or partner with foreign companies to manufacture such high end equipment. Combined with their own expertise, ability to hire experts quickly, their decision making agility and freedom to partner they should be able to pull through.

Let us now look briefly at the list of 101 Weapon Equipment Systems.

Nothing much seems to have been left out.

It is a huge opportunity and a challenge at the same time.

Huge opportunity because, finally the Govt. seems serious on strengthening and growing the local private industry.

Challenge because, the Indian Industry has to enable technology transfer from leaders abroad, train their engineers, manufacture the products and supply.

This may kick off with semi knocked down kits and then localisation.

The self imposed embargo is a surprise in this major announcement by the Defence Ministry, Govt. of India.

But, this is not new to those in the Industry.

South Africa has developed into a major Defence hub, after the export and import embargo on it during the apartheid period.

More recently, Turkey has developed into a Defence exporter, after the restrictions on it by US and European countries.

This decision is a major gamble taken by the Govt. of the day.

If it succeeds, it will do immense good for the country and its economy. The manufacturing industry will revive.

On the other hand if it fails, the Govt. will have a lot of answering to do. The opposition will be waiting.

As of today, the Govt. is sitting on a foreign exchange reserve of 14 months of import compared to earlier picture of 15 days of import.

Major technology transfers will happen to manufacture all the 101 weapon systems in India and the Govt. will be comfortable allowing the outflows.

The two defence hubs one in Tamil Nadu and the other in Uttar Pradesh being developed rapidly will be crucial to the plans of boosting defence production.

The Govt. has thrown the ball into the Industry’s court.

Will the Industry take up the challenge?

2 thoughts on “101 Weapon Systems – Govt of India is Serious”

2022-10-15  1 Comment on D.K.T.E. SOCIETY’S TEXTILE & ENGINEERING INSTITUTE
About Us: DKTE’s Textile & Engineering Institute, Ichalkaranji, Maharashtra, enjoys a unique and prominent place amongst the Engineering colleges that...

2022-10-19  0 Comments on Priyadarshini College of Engineering
M Tech (Defence Technology) This course has been designed to produce Post Graduates who will take up responsible high paying...
Page 1 of 1 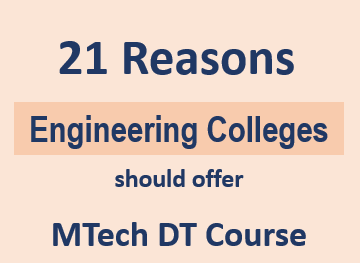 Where are Battles Won? For the answer read this article. The below question is also answered. How...
January 3, 2023 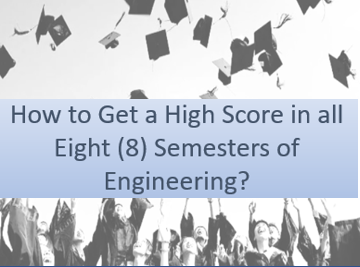 How to Score High in all Eight (8) Semesters of Engineering?

Those who know about this website Defence Manufacturing India may have a question "How is it that...
December 11, 2022
Page 1 of 28